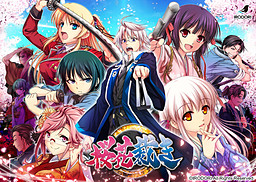 Ouka Sabaki is the debut visual novel for Irodori, set in a traditional Japanese setting. Protagonist Shimei has just been appointed as the magistrate for the newly formed central magistrate. Which was established to relief the burden on the south and north magistrates. And although Shimei is surrounded by familiar faces, he is still new to the job.

Right after he is appointed an incident occurs and he has to pass judgement over the suspect the very next day. With the current charges against her, the girl won’t be able to avoid the death penalty. Shimei however, is certain that the girl in front of him is not the culprit. Desperately, he sets out to uncover the truth behind the incident.

Who is the real culprit? Will you be able to find proof to clear the innocent girl from the charges against her? 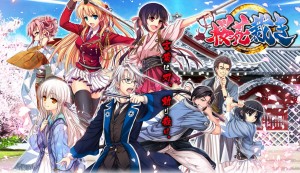 This week the new brand Irodori announced its debut PC game title, Ouka Sabaki. While at the same time they published the official site. Ouka Sabaki is an adventure game set in a beautiful traditional Japanese setting where you travel around… Read all