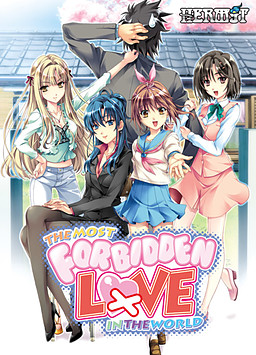 The Most Forbidden Love in the World is a visual novel by Hermit and made available in English by MangaGamer. Its Japanese name is “Sekai de Ichiban Dame na Koi”.

This visual novel is for fans of out of luck protagonists who are mixed up in slice of live issues and love triangles. This title also has multiple endings and a ladder structure to the story line.

There are 4 routes and 4 different girls in The Most Forbidden Love in the World. One route has a double ending so be sure to revisit it after completing the first part before hand.

The extra menu has replayable love scenes, a lovely music gallery, and of stills from each completed route. All of the CGs in this visual novel are uncensored.

Yoshimura Osamu has lost it all. He’s divorced and jobless. There’s no hope for this 28 year old guy who can’t end his bad luck streak.

That is until a woman approaches him to cheer him up. Osamu, driven by what he believes is fate decides to ask her, Honoka, out but before he can she said something that surprises him.

“Come visit me if you’re ever in trouble.”

He learns that she runs an apartment complex so he decides to seek her out. But instead he meets her daughter… Alone and confused, Osamu then finds out that Honoka has eloped and left her daughter Mitoko in charge.

Osamu moves into the apartment and has to now deal with too much for his plate. A new job and a co-worker who won’t leave him alone… A wealthy young lady that lives near by… Mitoko’s homeroom teacher and the young girl herself…

What’s our out of luck Osamu to do!? 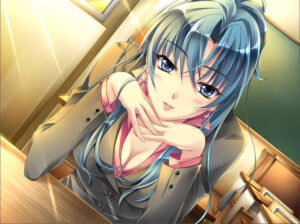 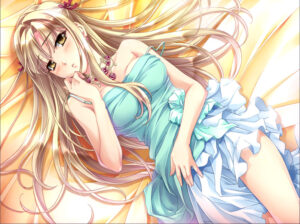 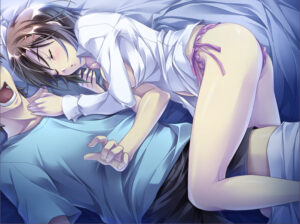 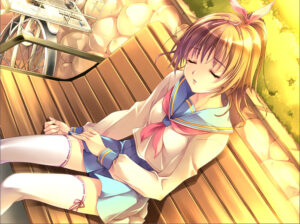 The Most Forbidden Love in the World English Uncensored Download Edition

The Most Forbidden Love in the World is available for download over on MangaGamer.