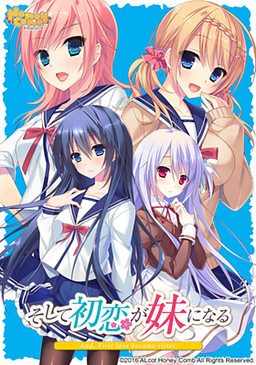 Protagonist Kazuharu has faced many hardships in life and believes that one has to work hard to survive in a world that he sees as one large wild land. According to him, his classmates should waste no time on things like hanging out or fooling around with love. One day however, while he was hard at work, a sole girl appeared in front of him. He didn’t know her name, nor had he ever seen her uniform before. Normally he wouldn’t have given her any heed, but for some reason he was interested in her. Soon after, she turns out to be his new sister.

Kazuharu is still in shock as his new sister starts mixing in with him and his (weird) friends. A strange story of youth is now about to begin…