Touko Ichijouji and Marika von Wittelsbach of the Golden Marriage visual novel by Ensemble will be getting their own pillow covers. Both princess Marika and Touko, the daughter from a wealthy family, are wearing most of their wedding dress on one side and even less on the other side.

The covers are 500 x 1600mm and made of 2-way Tricot Aqua Lycra. And if you pre-order now they’ll come with a “Sleeping Together” voice drama DL code, which you can download from Ensemble’s official site. Both covers are likely to ship at the end of June. For all pictures and pre-order prices refer to either J-List (Marika, Touko) or AmiAmi (Marika, Touko) 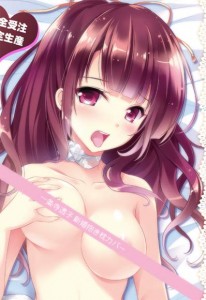 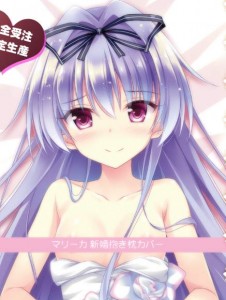 Golden Marriage is a game by Ensemble featuring 6 heroines. It was released in May 2014 and as the name implies, is themed around marrying one of those heroines. It has received a fandisc called Jewel Days in March this year. 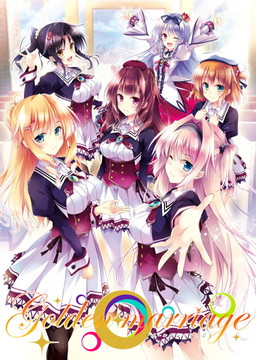 ゴールデンマリッジ
Brand(s): Ensemble
Release date: 2014-05-30
It´s a lie when people say that you don´t need money as long as you have love. Since you can´t live if you don´t have any money. But on the other hand you can´t say that money is everything and… Read all
View full details 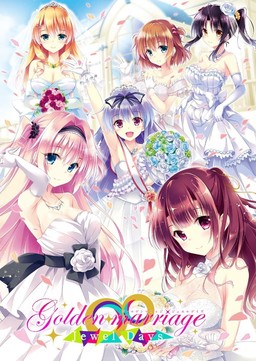 Golden Marriage -Jewel Days-
Brand(s): Ensemble
Release date: 2015-03-27
Unlike the main game, Jewel Days will not feature marriage as its goal, but instead will feature after marriage routes for all of the heroines from the original Golden Marriage as well as 2 additional bonus episodes, including something for… Read all
View full details