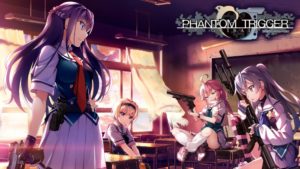 In their second episode of Frontwing TV, the company has given us an update of their running localization and development progress. And they also had some exciting news to share with the world. Let’s go over them one by one.

On the Prefundia page you can get an introduction of Phantom Trigger, as well as get a first look at the planned Kickstarter campaign and reward. With the upcoming campaign, they first and foremost hope to make an exclusive English physical edition of the game available. Including supplemental items such as an artbook, theme song EP CD, and more.

If the campaign raises enough money, they’ll also be looking into funding a translation of the Phantom Trigger manga adaptation, currently only planned for release in Japan. The campaign is currently planned to launch at the beginning of March, with rewards shipping out somewhere around early June. 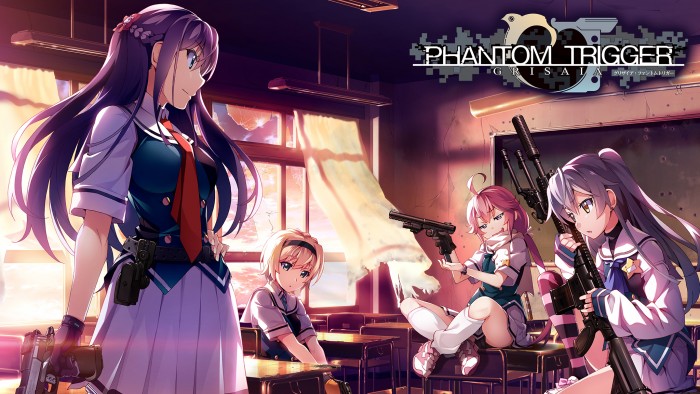 Goal and stretch goals
The initial goal of the campaign will be $80,000, for which 40% will be needed for the production of the various rewards. Other big chunks include development & promotion as well as shipping & handling.

The only stretch goal currently available is the aforementioned translation of the Japanese manga. More goals are planned but won’t be published until the current goals are reached.

Tier rewards
Apart from the obvious digital game keys and physical sets, tier rewards can include a printed shikishi, an artbook, a full-print t-shirt, a tapestry of your heroine of choice, a blanket, and various combinations of these.

Opening Movie
The opening movie for Phantom Trigger is now also available. Head over to Frontwing’s Youtube channel to watch it

There are also some exclusive limited awards. Like a signed shikishi by character artist Akio Watanabe, or a special canvas art panel.

Next, Frontwing also announced they’ll be the publisher for the English translation for KeroQ’s Subarashiki Hibi. A visual novel for which the story is told over various chapters with different protagonists. All taking place in the same universe during different time frames. Every chapter adds another piece to the puzzle to unravel the mysterious story of Subarashiki Hibi. Which starts out with a female protagonist.

The game has always been well received, and now Frontwing is planning to bring it to the west in 2017. Unfortunately, more information is still lacking, so we’ll have to wait for more. 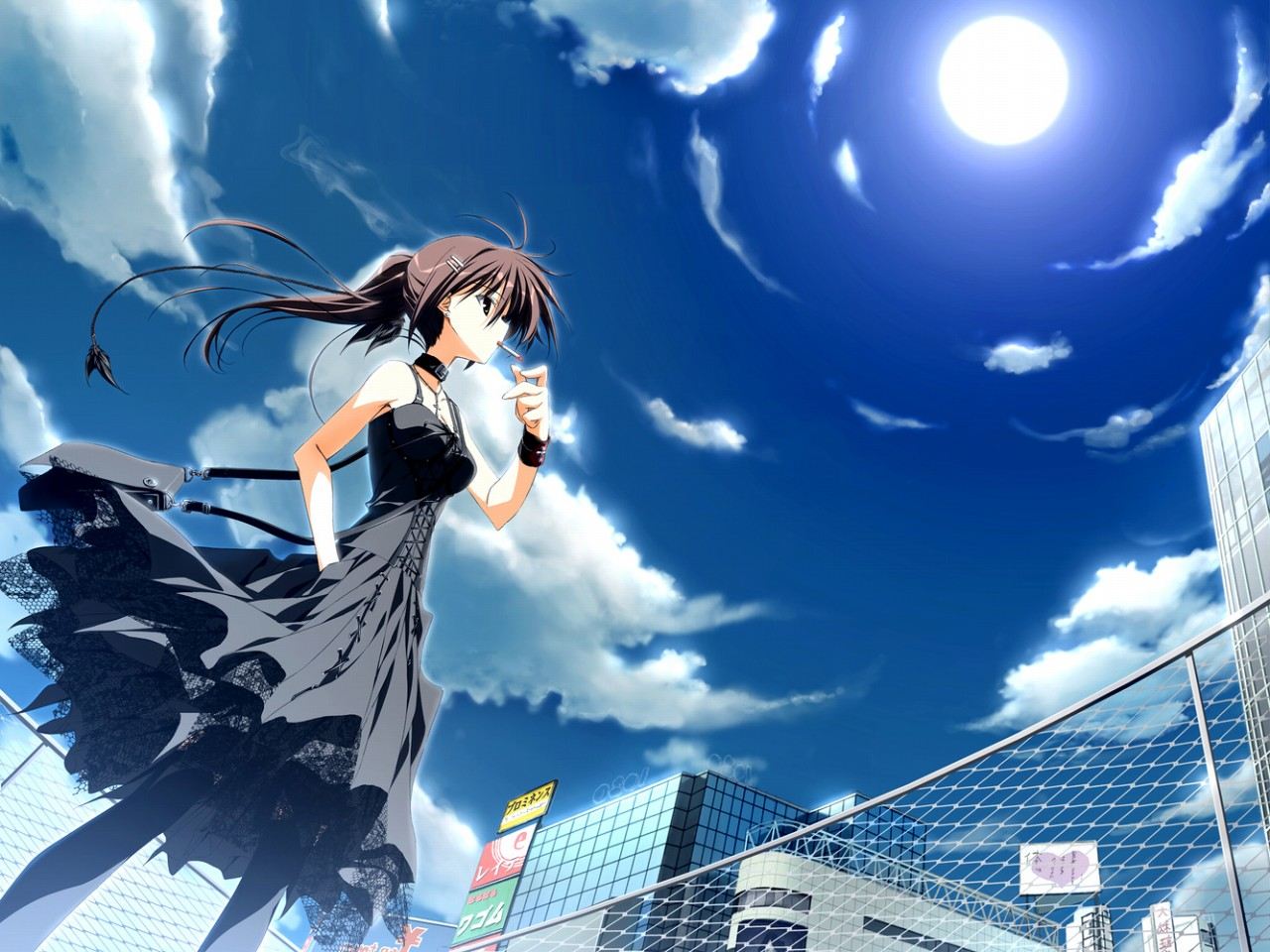 – Island is about 50% translated. The current target date is still set in 2017.
– Corona Blossom vol 3 was the end of the story for Corona Blossom, but there might be other incentives to revisit the universe. Not necessarily in a VN setting. Response to the story was positive.
– Hatsumira is running at a slightly lower pace right now. Working on 2 to 3 projects at a time is currently their limit due to a limit of internal translation staff.

If you want to re-watch the entire episode of Frontwing TV, you can head over to Twitch here. 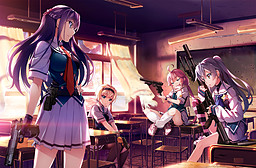 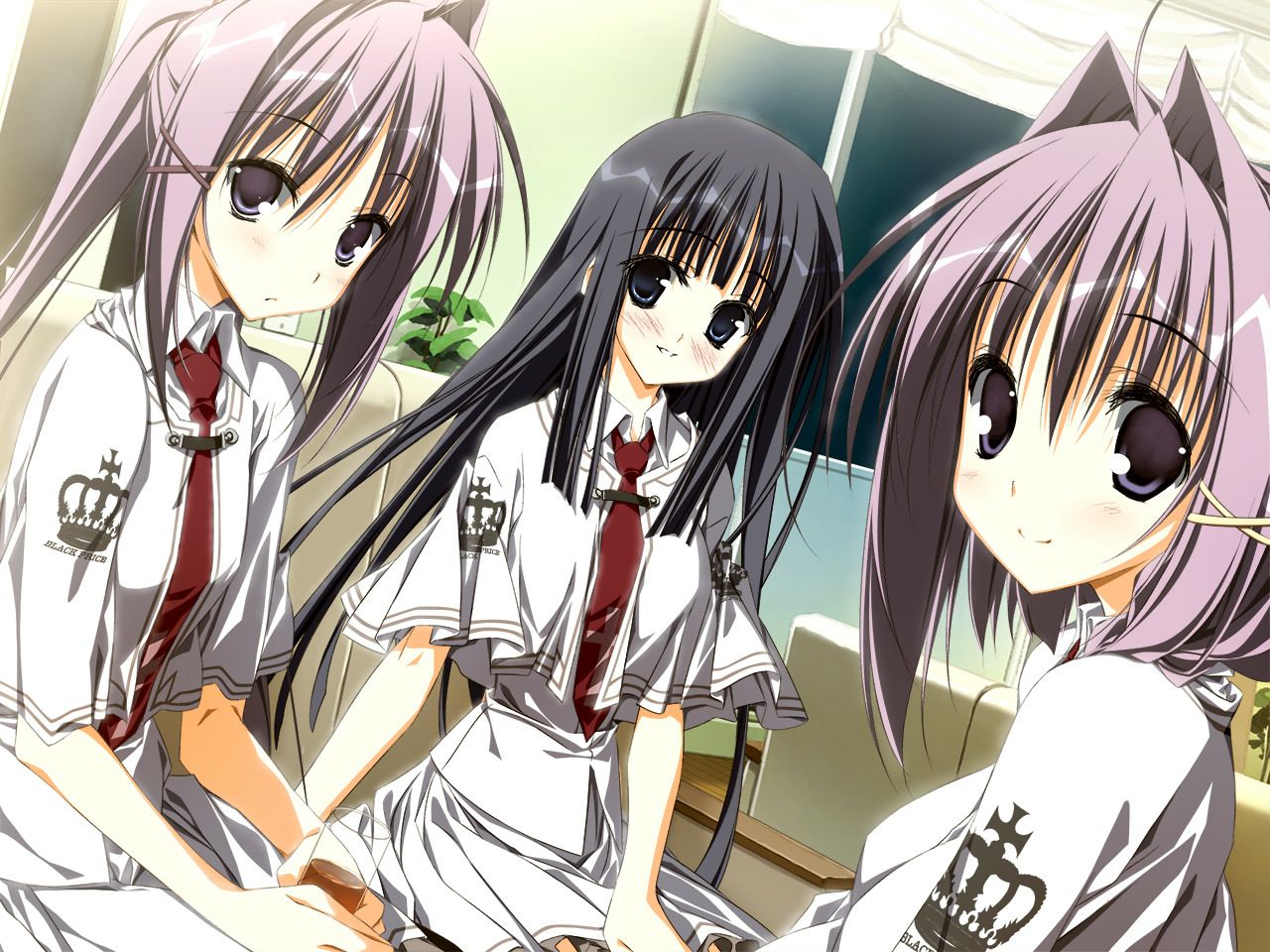 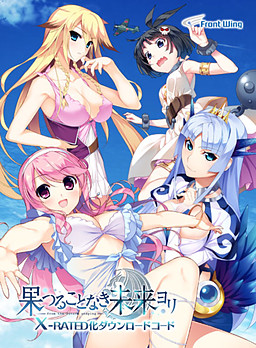 Hatsumira -from the future undying-

果つることなき未来ヨリ
Release date: 2015-11-27
Hatsumira -from the future undying- is a visual novel by the developer and publisher Frontwing. The original Japanese name is “Hatsuru Koto Naki Mirai Yori”. This visual novel is for fans of long VNs about heroes from another world aka… Read all
View full details