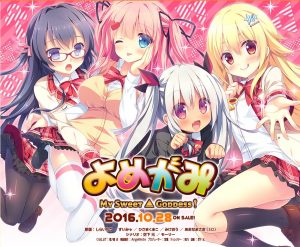 Japanese developer Alcot opened the website for a new upcoming game called “Yomegami”. Alcot is a company perhaps best known by their 2014 release of “Clover Day’s”, but don’t forget that “My Girlfriend is the President” also comes from this brand. The new game Yomegami will be written by Hajime Soranoshita and Morry. Whereby the first of those two worked on the aforementioned games and Morry worked on games like Hooksoft’s “Melty Moment” and Alcot’s own “1/2 Summer”.

As for as art goes, there will be a total of 5 artists working on Yomegami. Shira Ichigo, Suimya, Kumako Hisama, Mikeou, and SD artist Masao Aona. Out of all of these, only Shira Ichigo is a new name that we haven’t seen before, and normally draws for a doujin group called “Ichigo Hou”. Suimya worked on games by Cube and Sphere before, while Kumako Hisama did the art for Glace’s “Ama no Sora Retrospect”. And last but not least, Mikeou is an artist that you might know from her art in her own doujin group’s game “Hyakugojuunenme no Mahoutsukai”, or perhaps from Parasol’s recent “Quintuple Splash”. 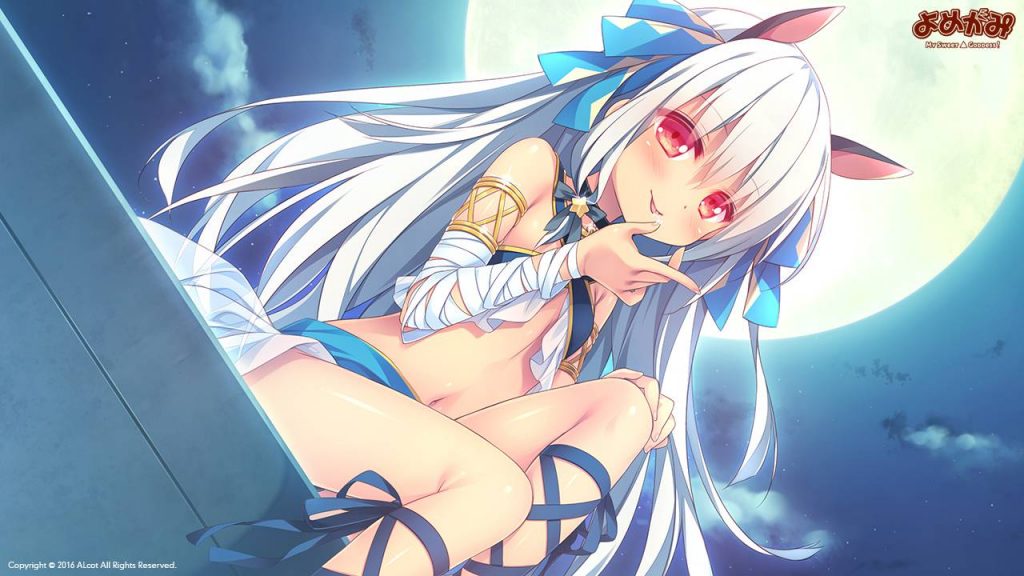 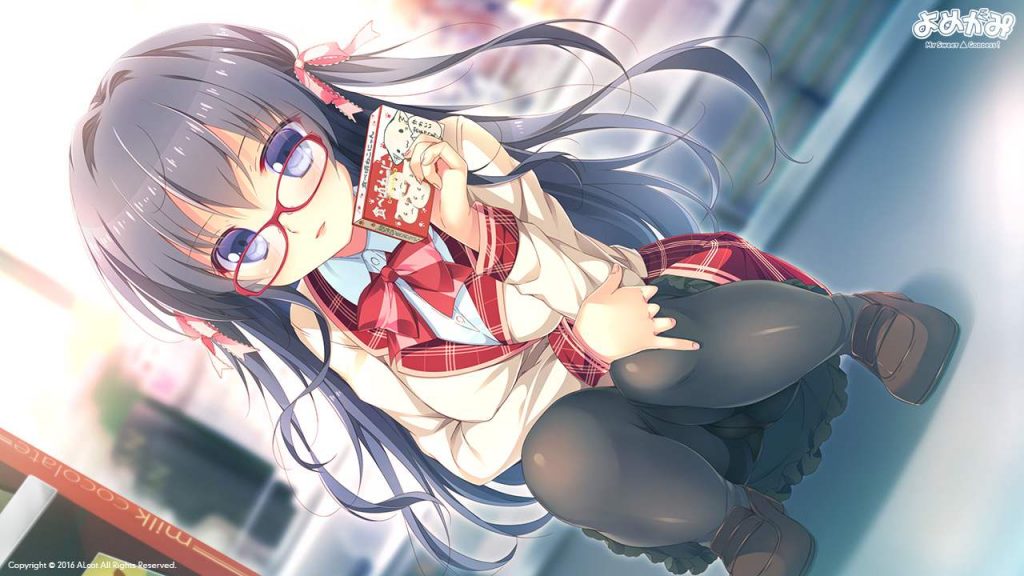 Story
In Yomegami the world is at peace, but mankind is unaware of the miracles in this world, as well as the struggle going on in the world of Gods.

We pick up the story in spring in a provincial town called “New Masado City”, when a transfer student named Hayato transfers in at an unusual time. Hayato is the reincarnation of a devil that went on a rampage in the past. His mother, iris, is also a reincarnation of a former power. But in her case it’s a goddess rather than a devil. She told him that if he performs enough good deeds in the human world, he would be able to return to the world of Gods. And so Hayato attempts to live his life as a youth in accordance with her words.

Unfortunately, the devil’s power still hold power over him and it happens that he snatches a kiss from his new classmate Mikoto. If this misunderstanding continues, all of his previously accomplished good deeds will be nullified! He takes on the help of his best friend and class president Mari to find the right way and time to apologize. But then a mysterious and mischievous dog-eared girl appears and events take a turn for the worst.

Why did this have to happen tom him!? It seems his life is too deeply connected with his previous existence…

Cast
So far it looks like Yomegami will have four heroines. The cast has already been published at the new website.

Release date
Yomegami’s release date has currently been set to October 28 of this year. 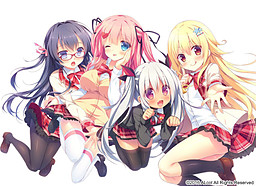 よめがみ
Brand(s): Alcot
Release date: 2016-10-28
In Yomegami the world is at peace, but mankind is unaware of the miracles in this world, as well as the struggle going on in the world of Gods. We pick up the story in spring in a provincial town… Read all
View full details