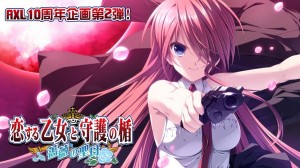 It has been roughly 8 years since the release of the original, and now AXL has decided to bring you a sequel. If you’re into crossdressing (and really liked the previous game) then you’re in good luck!

At the newly opened website you can get a short introduction of the sequel, starting with a picture of protagonist Shuuji Kisaragi in his “girl form” (Taeko). Currently the other pages that are available, are the story page, the main character pages, and the product page.

Apart from the protagonist five other girls are being introduced on the character pages, for which we currently can’t be sure whether they’ll all be heroines or not. But at least 2 of them appear to be maids.

At the product page we can learn that character design and art will be done by AXL regular Hisashi Senomoto. And on the story side we see something similar, since Ai Hasegawa is the one writing it.

Because of his success in the events at St. Theresia Academy, Shuuji Kisaragi (Shield 9) has obtained a firm position within Aegis. That is, as the one in charge of “Crossdress infiltration”. Since the previous events he has succesfully completed several more assignments, and currently considers stepping down from the position. Unfortunately for him however, he has been tasked with just 1 more assignment. This time, his task involves another all-girls school similar to St. Theresia Academy. He has to run in the elections for student council president and success in obtaining the position.

Shuuji himself considers the operation to be impossible. To infiltrate the school alone, and run in the elections that take place within just 2 months from now? There’s no way that he can do it. Especially since apparantely there are many dangers involved with the run for student council president. And who knows what other traps lurk within the shadows of the Academy? Will he manage to find his way through?

The game’s release date has been set to January 29. 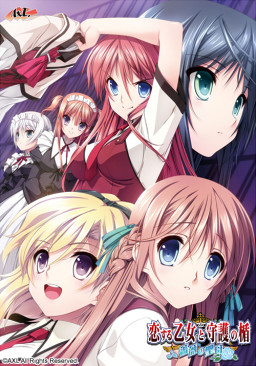 Koi Suru Otome to Shugo no Tate ~Bara no Seibo~

恋する乙女と守護の楯 ～薔薇の聖母～
Brand(s): AXL
Release date: 2016-02-29
The new Koi Suru Otome to Shugo no Tate will be the sequel to AXL’s 3rd title, released 8 years ago. It’s time to revive trap protagonist Shuuji Kisaragi. Because of his success in the events at St. Theresia Academy,… Read all
View full details 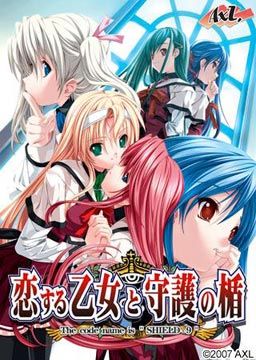 恋する乙女と守護の楯 The Code Name is "SHIELD 9"
Brand(s): AXL
Release date: 2007-06-29
Shuuji is a rookie agent belonging to the bodyguard organization of ” Aegis”, tasked with the protection of important VIPs. Despite his small stature, Shuuji has completed several guarding missions in success, which now results in a new assignment for… Read all
View full details