I hope you’ve all had happy holidays! Hopefully you all had enough time to play one of the many visual novels that were released in december. Since this post is a little late we’re going to change it up a little bit and cover all visual novel news from December 18 up until December 31.

Since there’s so much news, this post specifically focuses on news from the Japanese side of the scene. Tomorrow there will be a new post featuring English visual novel news.

Many new titles have been announced and I can only hope that I’ve listed them all. Hope you enjoy this post and have a great new year! Full of visual novels of course.

Pulltop has announced a new spring title called Sora to Umi ga, Fureau Kanata. Which contains a story set on a island surrounded by a beautiful ocean. Where you, the protagonist, set out to find what runaway girl Emily is searching for. Read the full story synopsis here.

A website for the new title has already been opened here. It contains an introduction to the setting, the characters and beautiful preview CGs.

Sora to Umi ga, Fureau Kanata has been set to release as an all-ages title on March 30. Its story will be written by Konno Asta, who also worked on previous Pulltop titles. While the artists for the game will be Pulltop regular Yashima Takahiro along with Yamashita Kouji. 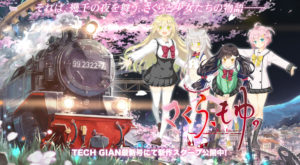 Favorite has finally announced the title of their new game. It’ll be called “Sakura, Moyu. -as the Night’s, Reincarnation-“. A game set 10 years after a secret world-saving battle took place, which involved the help of magical girls.

A website has not yet been opened, but from the preview material released we know that there will be at least 4 heroines. The full article is available over at TGSmart.

Urushibara Yukito is in charge of the story. A name you might know from hit title Irotoridori no Sekai. While Favorite regular Shida Kazuhiro will team up with Natsume Eri once more to work on the art.

A release date has not yet been given. 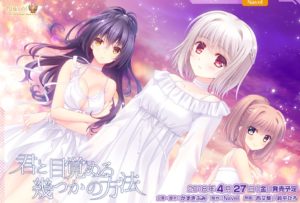 Navel has announced a new title to celebrate their 15th anniversary. The name of this game is Kimi to Mezameru Ikutsuka no Houhou. A website has been opened as well. Which contains information on the story, the three main characters, the sub-characters, and one sample CGs.

Kazuki Fumi will write the story for Kimi to Mezameru Ikutsuka no Houhou. Previous works include Nanairo Reincarnation and Shirogane x Spirits. While the art will be by Navel regulars Nishimata Aoi and Suzuhira Hiro.

Kimi to Mezameru Ikutsuka no Houhou has currently been given a release date of April 27.

Japanese company Key has opened the website for new all-ages title Summer Pockets. A title whose name has been mentioned since last year. A teaser movie has been released as well, available on Youtube here (on the aforementioned website).

Summer Pockets will have a story written by Niijima Yuu, Kai, and Hasama. With art by Key artist Na-Ga, as well as Izumi Tsubasu and Nagayama Yuunon, among others.

Currently the website only contains pages for the story, character introductions for 4 characters, and spec information. But more information will surely follow.

Summer Pockets is set to release on June 29. 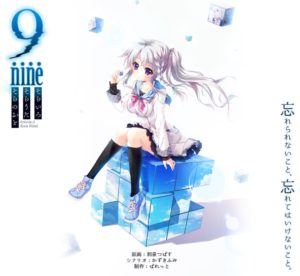 Palette has updated the website for 9 -Nine- sequel “9 -Nine- Sorairo Sorauta Soranooto”. Including a release date. Which has currently been set to April 27.

Its sequel will have the same staff working on it. 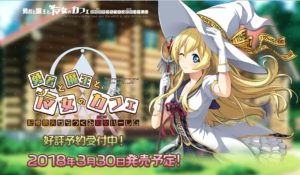 MintCube opens website for Yuusha to Maou to, Majo no Cafe

MintCube has opened the website for upcoming game Yuusha to Maou to, Majo no Cafe. For those who don’t know, MintCube is a sub-brand of Cuffs, which include brands like Cube, Hulotte, and Sphere.

Yuusha to Maou to, Majo no Cafe is set to release in March and with the new website you can now find information on the 4 girls that this game will feature, as well as view various preview CGs.

Since this list is rather long this week, it’s split up in various categories

Tomorrow there will be a follow-up post with the English news.

空と海が、ふれあう彼方
Brand(s): Pulltop
Release date: 2018-03-30
Sora to Umi ga, Fureau Kanata is a visual novel by Pulltop that takes place on an island 1000 km south of Tokyo. Featuring a protagonist from the city, a runaway youth, and a local girl, as they experience a… Read all
View full details

さくら、もゆ。
Brand(s): Favorite
Release date: -
Sakura, Moyu. -as the Night’s, Reincarnation- is a visual novel by Favorite. Advertised as a love story involving magical girls. Sakura, Moyu is set 10 years after the battle to save the world took place. A battle unknown to the… Read all
View full details