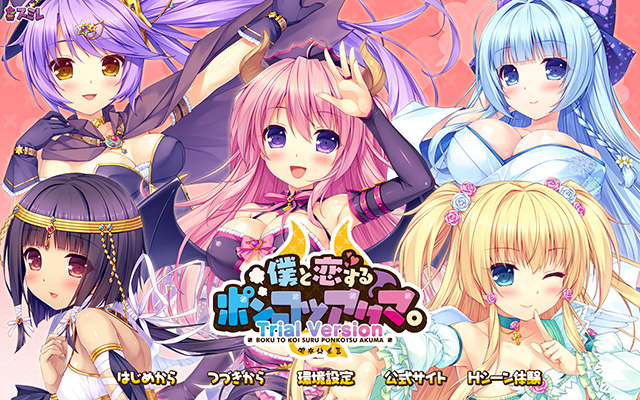 As you can see, the game will feature 5 heroines

The protagonist in Boku to Koi Suru Ponkotsu Akuma has come to work as an assistant in the student dorms. The building is located close to the school and is a special dorm designated as a rehabilitation facility for all kinds of good-for-nothing demons. Though it might be worth mentioning that it’s only meant for female residents.

And with girls around him like his childhood friend, a succubus named Riria, you can imagine that it’ll present all sorts of troubles for the protagonist. Other girls include Emiri -his broconic sister-in-law and an useless angel-, Yu -a snow angel sensitive to the cold-, Arle -a mummy girl that takes off her clothes all the time-, and finally Miyabi -a foolish witch- .

It’s never boring at the dorms with these cute yet good-for-nothing girls around, is this perhaps the perfect life for a healthy boy of his age?