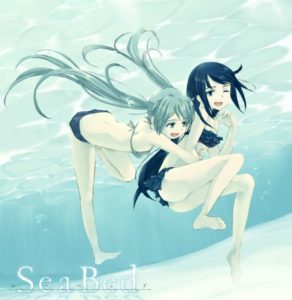 Localization company Fruitbat Factory has announced to be working on an English localization of all-ages yuri visual novel SeaBed. Originally developed by a small Japanese developer group called Paleontology and released in 2016.

SeaBed is a fairly large game, and features a mystery story which is told through the eyes of three different characters. The following is taken directly from the official announcement post: “Mizuno Sachiko, a designer plagued by hallucinations of her past lover; Narasaki Hibiki, Sachiko’s friend and a psychiatrist researching the workings of human memories; and Takako, Sachiko’s former lover who has been rapidly forgetting her past, including how or why the two women drifted apart despite being together since childhood.

All three live in different worlds, but seek the same goal. To separate truth from illusion. To make sense of their own lives.”

The post also describes about how the game’s resolution will be updated to natively support 1440×1080. It’ll be released on Steam and will also include Steam achievements and Steam Trading Cards. A Steam page has already been made available here. 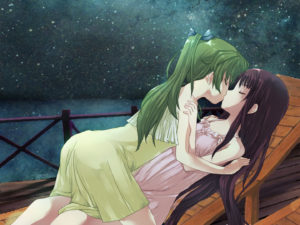 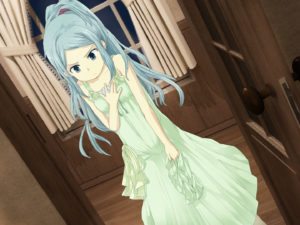 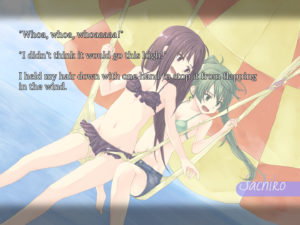 Fruitbat Factory is a joint venture between translation veterans aiming to bring interesting, innovative and fun Japanese games to the English-speaking audiences worldwide. Notable games they’ve released in the past include Eiyuu Senki and Enigma.

Apart from SeaBed they’re currently also working on localisations of Hakoniwa no Gakuen (Miniature Garden) and Seven Days. For a full list of games I recommend you check out their homepage. 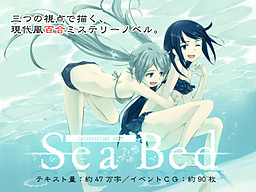 Brand(s): paleontology , Fruitbat Factory
Release date: 2016-01-25
SeaBed is a girls Love (yuri) kinetic visual novel by Japanese amateur group paleontology. An English translation is currently in the works by Fruitbat Factory. The story in this mystery novel is told through the eyes of three different characters.… Read all
View full details