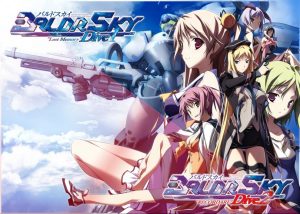 This year’s Anime Expo in LA seems to have been bigger than ever before. Sekai Project was also present and they also had a panel with plenty of new information to share with all of us. The announcements include multiple new titles, as well as news about a variety of other related releases to come. We’ll go over a few specific ones in this post and also provide a summary at the end. 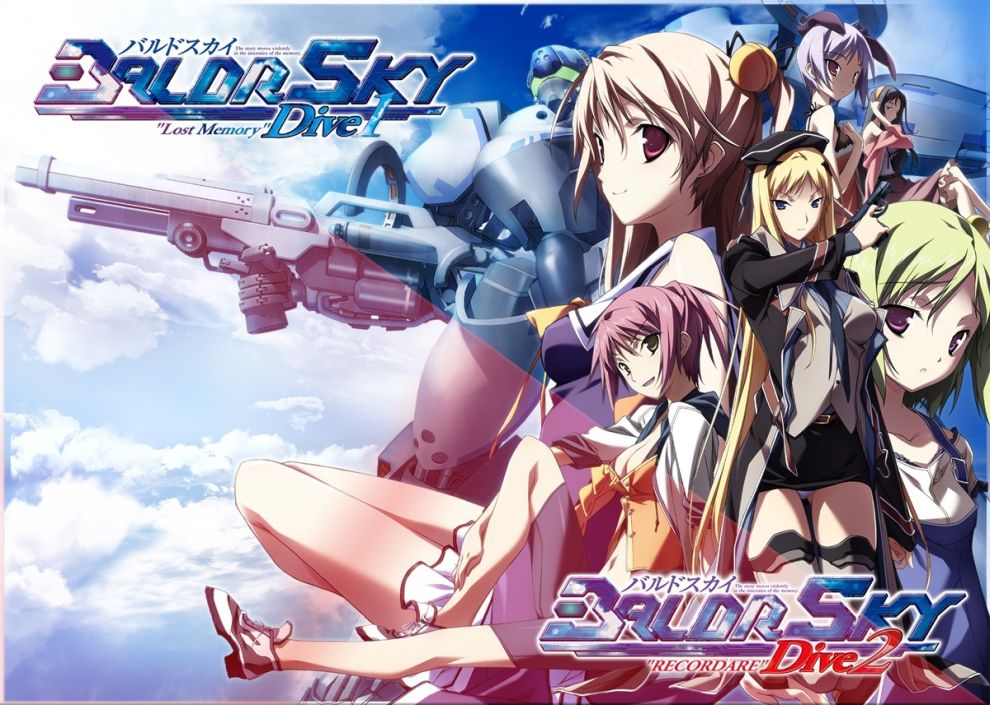 Let’s start off with a big one. Experienced visual novel readers must surely have heard about the Baldr series by Giga’s Team Baldrhead. The series combines a deep story written by Murasaki Hiei with plenty of mecha action to make an interesting and engaging combination. And let’s not forget the art by Seiji Kikuchi as well. Baldr Sky comes in a set of two, named Dive 1 and Dive 2.

Dive1 “Lost Memory”
Kou remembers falling asleep in a nice and quiet town, when he suddenly finds himself rudely awoken by a girl’s scream. When he looks around he learns that he is now in the middle of a battlefield, with gunshots and explosions all around him. And apparently he is also wearing some kind of metal armor. Is this his imagination? What is going on?

A girl named Rain cries out to him and they disappear from the imaginary battlefield. They now stand in the ruined remains of the town that he remembers as his hometown. It has already been a few years since its destruction and he suddenly remembers parts about himself. He is a mercenary soldier and has already been to many battlefields in order to recover more of his memories. That’s right, he lost a chunk of it during an event called “Gray Christmas”.

What happened during that event? Why was he looking for more information again?

Dive2 “Recordare”
Just like in Dive1, Kou suddenly wakes up in the middle of a battlefield and finds himself together with his sole subordinate and partner Rain. He remembers that he’s a mercenary in pursuit of a certain individual. Namely his former teacher, Naoki Kurihara. All of this is for his pursuit of knowledge about what happened during “Gray Christmas”. The truth that led to this event, which ruined his peaceful school life with his friends, is still a mystery.

An AI-driven organization called Dominion stands in their way, as well as Gilbert. Someone who has always stood in Kou’s way, even during their school days. And what are all these other schemes? Slowly he recovers his memories and he also reunites with friends from his school days.

In the events that follow, the door to the truth slowly opens…

Product page
A special product page has been opened here. And let’s not forget that the Baldr series has several more games apart from Dive1 and Dive2. So who know what might happen if this release turns out to be a success. 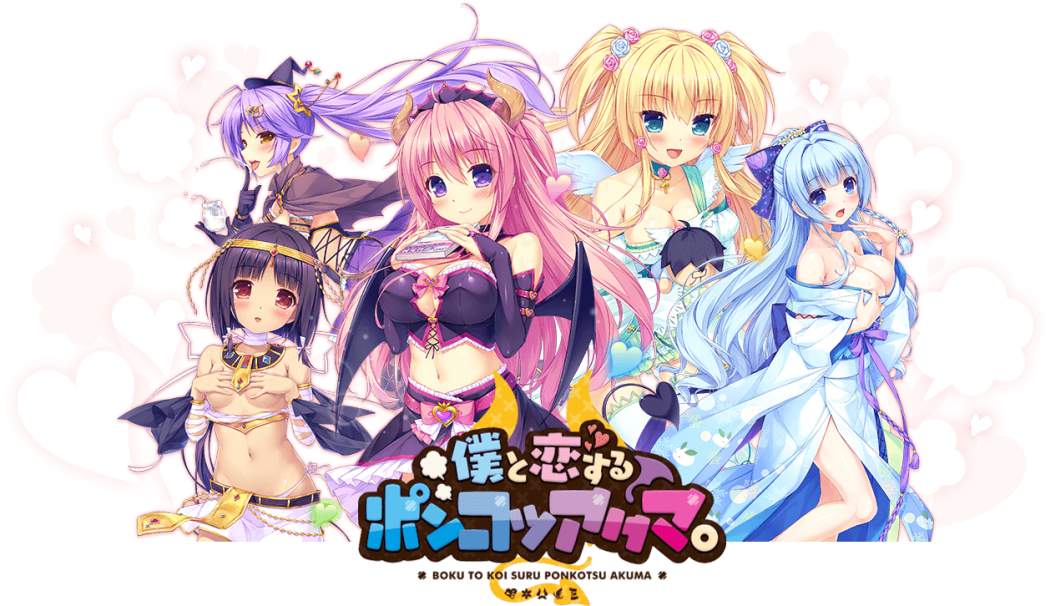 Boku to Koi Suru Ponkotsu Akuma is another interesting title. Much more lighthearted and comedy orientated when compared to Baldr Sky, and focused on an unique set of heroines. It’s also a more recent title, with it’s original Japanese release date of September 2015 by Smile. A fandisc was also released in May of this year, though it’s currently unknown whether Sekai Project has any plans to pick that one up as well.

Art for the game is drawn by Sayori, who’s also the artist for the Nekopara series. The story is written by several writers, their names are Yukihito, Hiro Kobayashi, and Kou Kikuzuki. The latter two are fairly new writers to the world of visual novels, but Yukihito has already written for games like Strawberry Nauts and Nekopara.

Story
Due to circumstances, Ren has come to live in a special student dorm, occupied by several good-for-nothing demons. They were assigned to those dorms in order to help them fix their flaws, so it’s pretty much a given that Ren will be tasked with supervising them and to help them with their “rehabilitation”. As it stands, all of these demons also happen to be female beauties.

And with girls around him like his childhood friend, a succubus named Riria, you can imagine that it’ll present all sorts of troubles for Ren. Other girls include Emiri, his bro-con sister-in-law and useless angel, Yu, a snow angel sensitive to the cold, Arle, a mummy girl that who off her clothes all the time, and finally Miyabi, a foolish witch.

It’s never boring at the dorms with these cute yet good-for-nothing girls around, is this perhaps the perfect life for a healthy boy of his age? 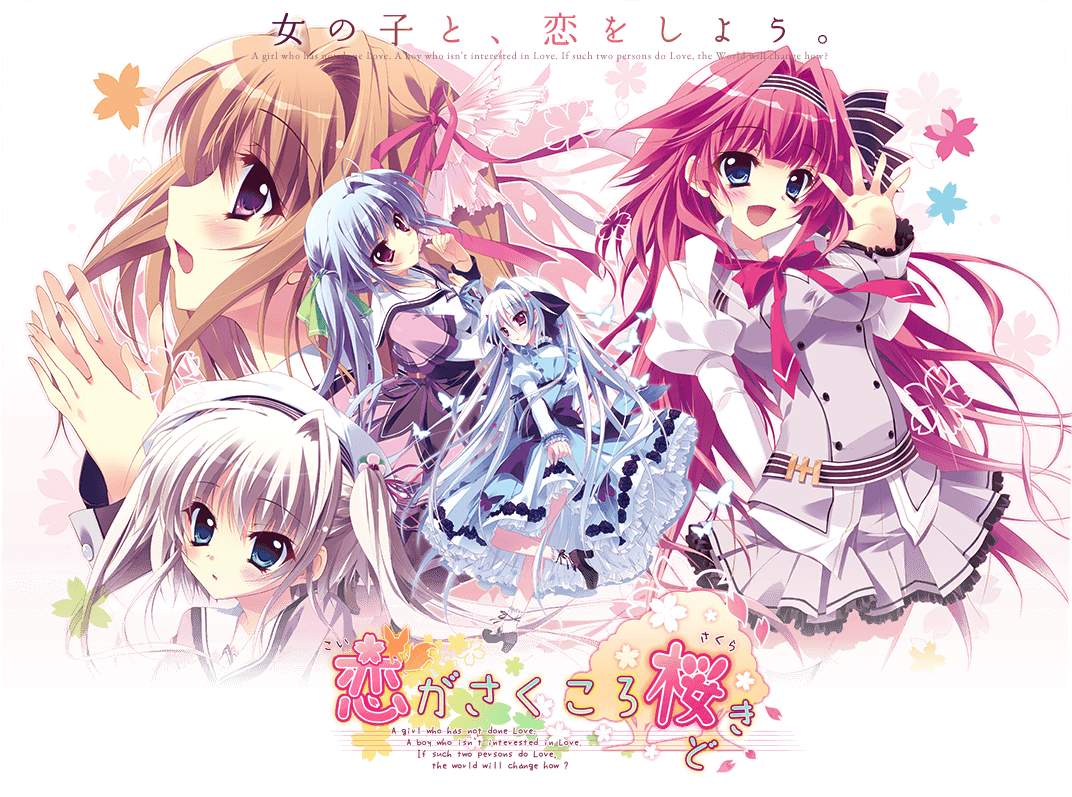 Koi ga Saku Koro Sakura Doki is the most recent game by Japanese developer Palette, from the director that also directed Mashiro Iro Symphony. It features the distinct art by Tsubasu Izumi and a story written by Mirai Minase. The game will be available as an all-ages release on Steam as well as an 18+ version on Denpasoft.

Story
Spring is the season of flowers; the season of cherry blossoms. The time of new encounters and farewells; the time for new plants to grow. Yuma however, isn’t happy at all with the 21.000 yen bounty that has been placed on him. Although it might not be what you think. That’s because the bounty is a “love bounty”. Ren has listened to so many girls talking about their love problems that has heard about every kind of jealousy, affair, and heartbroken story that there is to be told. Having heard all of those stories, he himself no longer has any desire for love. Hence the bounty on his “love”.

Then, one day a mysterious girl appears in front of him. She has not fallen in love, but yet she believes in the beauty of it. She tells him that as the fairy of love, she’ll help him with finding his own… 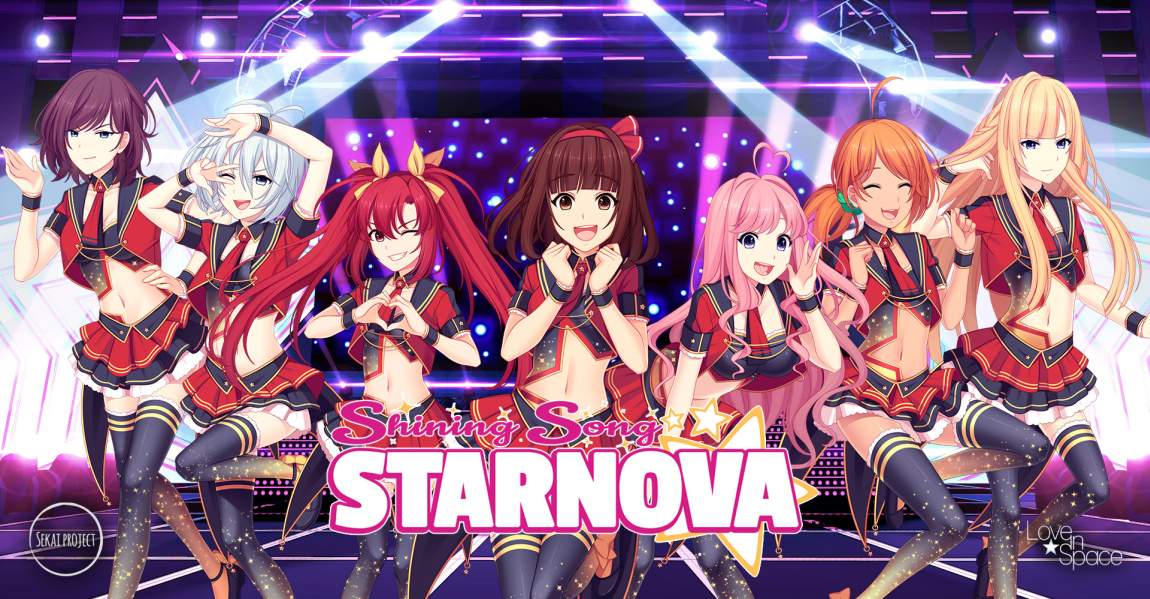 From the team that brought you the Sunrider series, there now comes a new title named Shining Song Starnova.

Story (From the official page)
The seven girls of Shining Productions have fallen on hard times. Despite being united in their desire to become idols, they are all broken in their own ways and considered unfit to work in the industry.

Enter you, Mr. Producer. With your help, the girls debut as the idol group “Starnova” and work their way up in the entertainment industry.

However, the girls soon realize the entertainment industry is nowhere as perfect as seen on television. This is the story of the girls’ trials, laughs, and tears, as they walk the thorny path to stardom…

– That wasn’t all that they had to share with us. They are bringing a RPG game called “A Magical High School Girl”. Have a look at the product page here.

– From the Kickstarter for World End Economica we already knew that the games was going to be ported to the PS Vita, but a PS4 version has now also been confirmed, so that you can enjoy this title by Spicy Tails from the comfort of your couch.

– The earlier announced Japanese School Life is in development by new in-house brand, Code:jp. Currently it’s targeted for a release around October this year. It was also hinted that they are working on 2 more titles coming in 2017, a moe-action series set in America, and a ghostly series that takes a deep look into Japanese mythology.

– And last but not least, a brand new shop has been opened at their own website here. Offering unique related goods and products. Nekopara collectible figures have also become available for pre-orders. 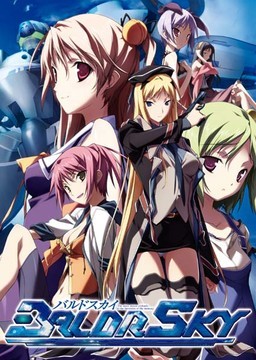 Brand(s): Giga , Sekai Project
Release date: 2009-03-27
Baldr Sky Dive1 and Dive2 are are both games by Giga’s Team Baldrhead, and were originally released in 2009. The games are a combination of a visual novel story with mecha action battles in between. Kou remembers falling asleep in… Read all
View full details 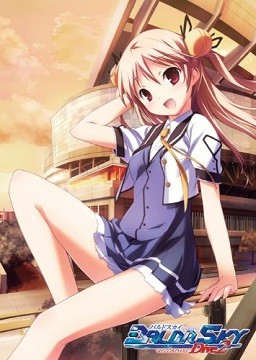 Brand(s): Giga , Sekai Project
Release date: 2009-11-27
Baldr Sky Dive1 and Dive2 are both games by Giga’s Team Baldrhead, and were originally released in 2009. The games are a combination of a visual novel story with mecha action battles in between. Just like in Dive1, Kou suddenly… Read all
View full details 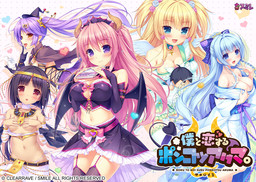 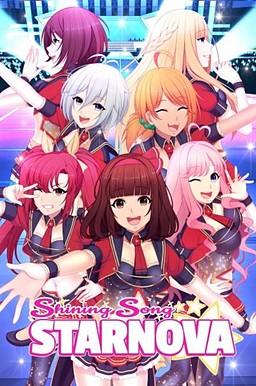 Brand(s): Love in Space , DenpaSoft
Release date: 2018-07-25
The seven girls of Shining Productions have fallen on hard times. Despite being united in their desire to become idols, they are all broken in their own ways and considered unfit to work in the industry. Enter you, Mr. Producer.… Read all
View full details