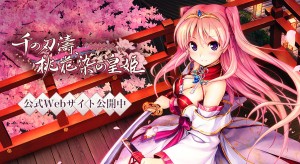 This is actually news from a few days ago and since there’s actually not that much happening right now you might be interested in these if you are a fan of August. If that’s case the you probably know of their latest visual novel title in development, “Sen no Hatou, Tsukisome no Kouki”. It’s a game which still has not yet been given a release date, but the first few pages on the official website were opened only recently. 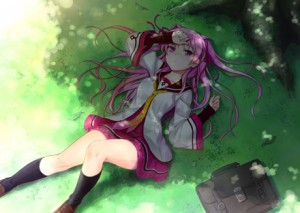 She is the last princess and heir to the throne of the empire. After the empire’s defeat she hides her identity and vows to strike back at those who harmed her mother. Even though she might be of royal birth, she still shows plenty of her emotions. She has a habit of crying when she’s happy or sad. 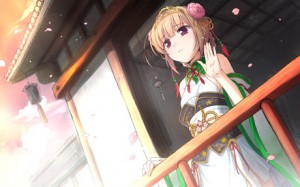 Kanami is the new emperor appointed to the empire by the Albright Republic after the war, though she has no blood tries with the royal family. She’s also the sister-in-law of the protagonist, but she doesn’t know whether he’s still alive or not. 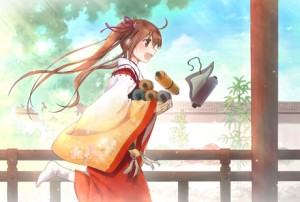 She’s a descendant of the miko household that has served the royal family for nearly 2000 years. Aiming for the nation’s finest miko, she has received strict training ever since childhood. Cheerful and just a tiny bit of a klutz she has a hobby of helping out our protagonist. 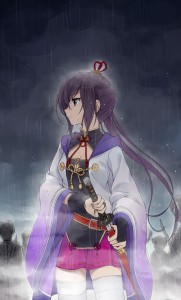 Only daughter of the Inou house of warriors. She’s hoping to attain the rank of warrior and is working on her country’s independence at the same time. Since she trained at the same dojo as our protagonist, their relationship is comparable to that of childhood friends. Normally she has a cool personality but in front of him she has a habit of talking too much. 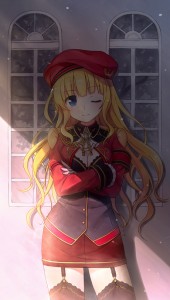 Elsa is the student council president of a school in the republic and a servant of the government. She’s in a top position in the republic and aims to build an equal status comparable with that of her father. Though she says she dislikes the customs of the empire she actually loves their bathing customs. 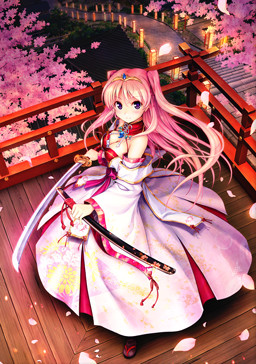 千の刃濤、桃花染の皇姫
Brand(s): August
Release date: 2016-09-23
Sen no Hatou is the latest visual novel by Japanese developer August. It has at least 5 heroines, with veteran Bekkankou in charge of character design and art. The scenario is written by Taku Sakakibara, Hiroyuki Uchida, and Hideaki Anzai.… Read all
View full details