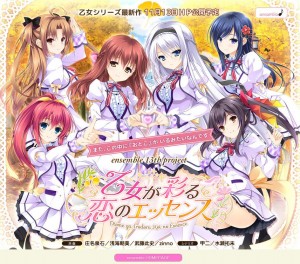 It seems that today is a good day for fans of visual novel stories that involve crossdressing. Japanese company Ensemble has opened a teaser page for a new upcoming title. For which the name will be “Otome ga Iroduro Koi no Essence”, a game promoted as a new entry in their series of crossdressing games, which in turn means that one of the people in the preview picture is a guy.

In total the picture at the teaser page features 5 other girls, all colored in the fairly distinct Ensemble manner. From the teaser page we also can learn that the main website will open up on November 13.

Surprisingly the list of artists for the game include a few names that haven’t yet (to my knowledge) worked on games for Ensemble before: Mitsuishi Shouna (vndb), Asami Asami (vndb), Kurihito Mutou (vndb), and zinno (vndb). As you can see though, all of them are well established artists, so the game should be in good hands.

As for the story, it seems that it’ll mainly be written by two writers. The first one is Kouji (vndb), who previously worked on Otome ga Kanaderu Koi no Aria and its fandisc. One of Kouji’s partners for that game was Takumi Minase (vndb), who will incidentally also work on this new title.

This is all that we can learn for now and we’ll have to wait for the website to open for more details.

Ensemble’s other new title, Koi Suru Kimochi no Kasanekata is being released in just about 2 weeks from now, and will be a “normal” school life romance story. Yesterday the website for that game was updated with a h-scene trial as well as a big update to the preview gallery. 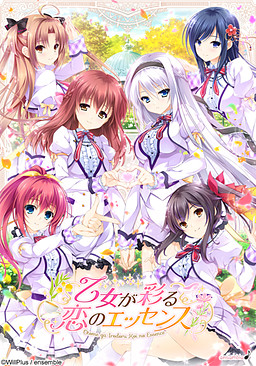 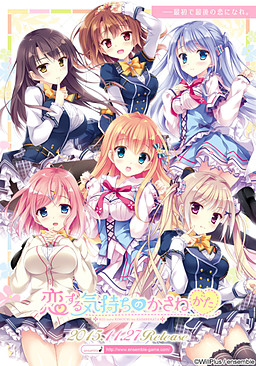 恋する気持ちのかさねかた
Brand(s): Ensemble
Release date: 2015-11-27
Seiou Gakuen, the school that protagonist Ren commutes to, is supposed to merge with the neighboring Shirahane Gakuen next year in the spring. The merge will happen around the same time as the marriage between the two directors of each… Read all
View full details 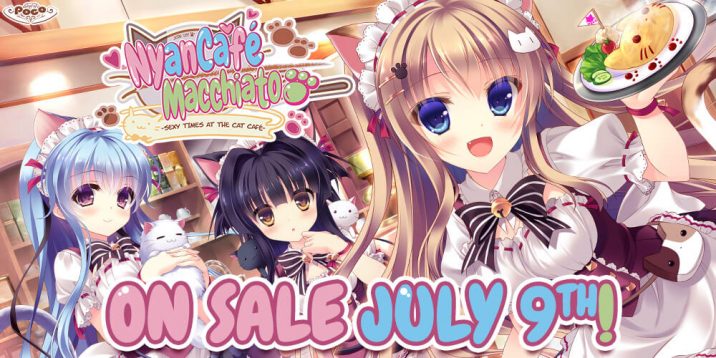