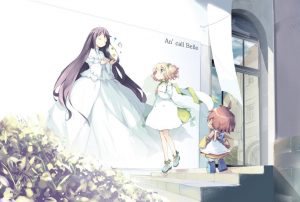 During this year’s Anime Expo in LA, English localization company JAST USA, also had a panel in which they had several announcement to make. Amongst these updates are 3 new titles by 3 new partners as well as an update to an earlier obtained license.

The first announcement we heard about is about a new translation. They’ve found a new partner in Japanese developer 10mile, to localize the updated version of yuri game “Katahane”. And I say updated version because 10mile is working on a resolution update for the game called “Katahane An’ call Belle”. Obviously, the update also includes other changes, like song updates and possibly an updated story. Speaking of which, the story for Katahane is split into 2 stories, Shirohane and Kurohane.

Shirohane
Shirohane is a story about Cero making a trip together with his living doll Coco to have her undergo maintenance. His friend Wakaba and her younger brother Light also come along with them. Their goal is slightly different however, Wakaba is in the midst of writing a script for for a tragic play about a historic tale, and she intends to look for actors that could play a role in it. Though her search isn’t as fruitful as she had hoped. Then, weather by chance or perhaps fate, she stumbles upon two people that are suitable for the leading roles. Their names are Angelina and Belle, whereby the latter one is another living doll just like Coco. Can they make their play a success?

Kurohane
In Kurohane, Coco is surprised to wake up and to find herself in a unknown room. She then leaves the room to find that she now appears to be in a castle. In the long hallways she soon finds herself lost until she stumbles upon the gorgeous princess Christina and living doll Efa. From there on Coco gets to meet various other people from the castle and learns that she is a living doll just like Efa. She also learns that Christina and Efa are scheduled to appear in a play. Naturally, it doesn’t take long before she gets caught up in all the things surrounding the play. A play with a big scheme involved that nobody would ever expect…

Release date
A date for the English release has not been mentioned. 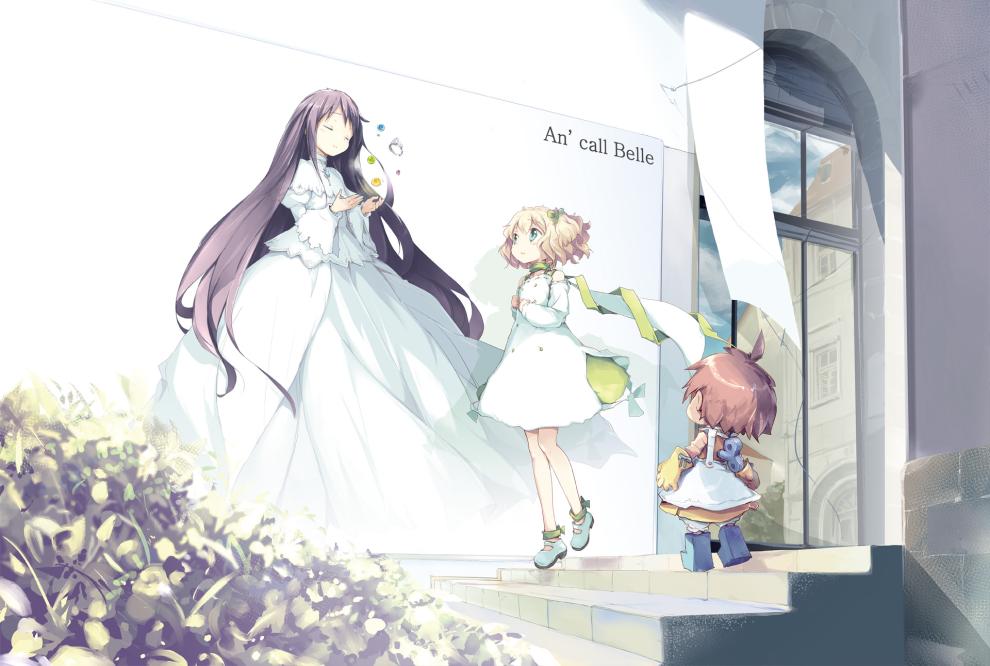 The next new title is Eiyuu*Senki, a turn based strategy/simulation game by Tenco. Set in a fictional past which bears resemblance to real world history. You’ll play as the leader of “Zipang” as you conquer the rest of the world. The game features an enormous amount of female characters that you can win over to your side to fight for you. Fighting takes place in a world map with locations spread all over the world, including Asia, Europe, Africa, North America, and South America. And of course several of the girls will grow closer to you as you conquer more of the world.

Gameplay movie
This gameplay movie will give you a good impression of the game’s systems.

Versions
A translated PS3 version was released back in 2015 by Fruitbat Factory. Who will actually assist with JAST’s version of the game. Both an uncensored 18+ version as well a Steam edition are planned.

Princess X – My Fiancee is a Monster Girl

Update: Added information on FD version.
Princess X is another new title by another new partner. Japanese developer [email protected] released this monster girl visual novel back in 2011. A fandisc was also released in 2012. JAST has confirmed that they’ll be doing both of these games (source). We also know that it’ll be uncensored, but more information is yet to follow.

Story
The story for Princess X starts when Shinichi’s father tells him that he has arranged a fiancee for him. However, he can’t help to be surprised when he learns that all of the selected girls aren’t human at all. Wait, “all”? Yes, you read it right, there isn’t just one fiancee, but four! There’s the lamia princess Nadiusu the 12th, centaur knight Proxima, mechanical princess R-Komadori, and lastly there’s the Gozen Tegusu, an arachne princess.

Alas, that’s not all yet. Shinichi’s father also tells him that if he doesn’t choose a marriage partner, he will destroy the world. Thus, with the fate of the world on his shoulders, the curtain rises for a story of a boy seeking a bride amongst his non-human fiancees.

During the panel, it was also mentioned that the translation for Sweet Home will be out “pretty soon”, a game for which the license was announced back in 2013. We’ll provide more details as soon as we know about when & where the release will happen. 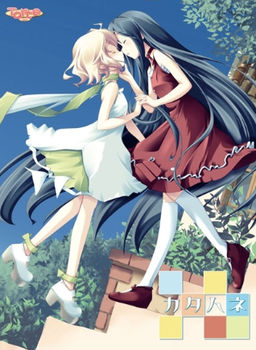 カタハネ
Brand(s): JAST USA
Release date: 2006-08-25
Katahane is a yuri game that is told in 2 stories, Shirohane and Kurohane. Shirohane Shirohane is a story about Cero making a trip together with his living doll Coco to have her undergo maintenance. His friend Wakaba and her… Read all
View full details 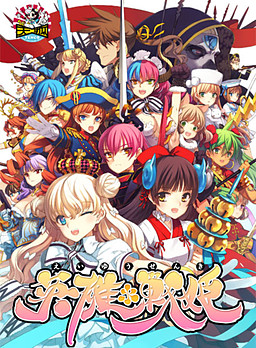 英雄＊戦姫
Brand(s): Fruitbat Factory , JAST USA , Tenco
Release date: 2012-03-30
Eiyuu*Senki is a turn based strategy/simulation game by Tenco. Set in a fictional past which bears resemblance to real world history. You’ll play as the leader of “Zipang” as you conquer the rest of the world. The game features an enormous… Read all
View full details 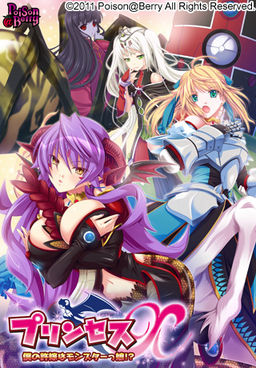 Princess X – My Fiancee is a Monster Girl?!